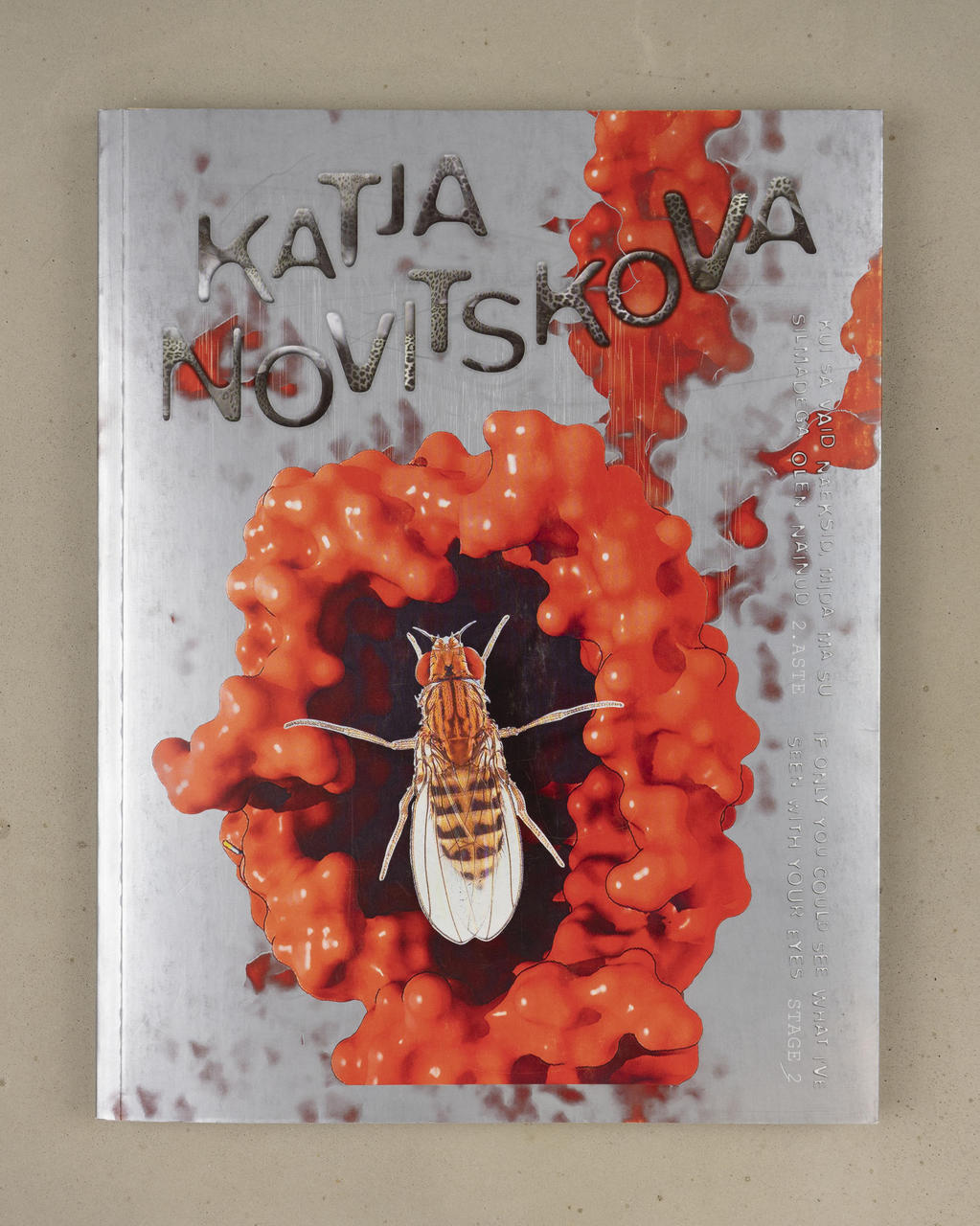 The book accompanies the exhibition "Katja Novitskova. If Only You Could See What I’ve Seen with Your Eyes. Stage 2" (23.02.–10.06.2018). The exhibition in Kumu is Novitskova’s first solo show in Estonia and it is based on the Estonian Pavilion presentation at the 57th Venice Biennale. The exhibition takes the visitor into the world of living machines, patterns imprisoned in synthetic materials, and two-dimensional sculptures of genetically modified life forms, with the daring typical to the dystopian realm.

This book is richly illustrated with exhibition views of the show in Kumu, and contains a selection of essays originally written for the book published in conjunction with the Venice Biennale, by the curator of the exhibition Kati Ilves, the literary theorist Jaak Tomberg and the curator and writer Venus Lau.

Originally from Tallinn, Katja Novitskova first became an artist in Berlin and Amsterdam. She is not only the most outstanding artist linked to the Post-Internet movement in Estonia, but also one of the key artists at its origins worldwide. Novitskova has earned a lot of international acclaim: she has had personal exhibitions in New York (2016) and Shanghai (2017), her works have been included in group exhibitions at the MoMA in New York (2015) and at the Lyon and Berlin Biennials (2015 and 2016). In 2017, the Estonian president Kersti Kaljulaid recognised Novitskova by presenting her the Young Cultural Figure Award.