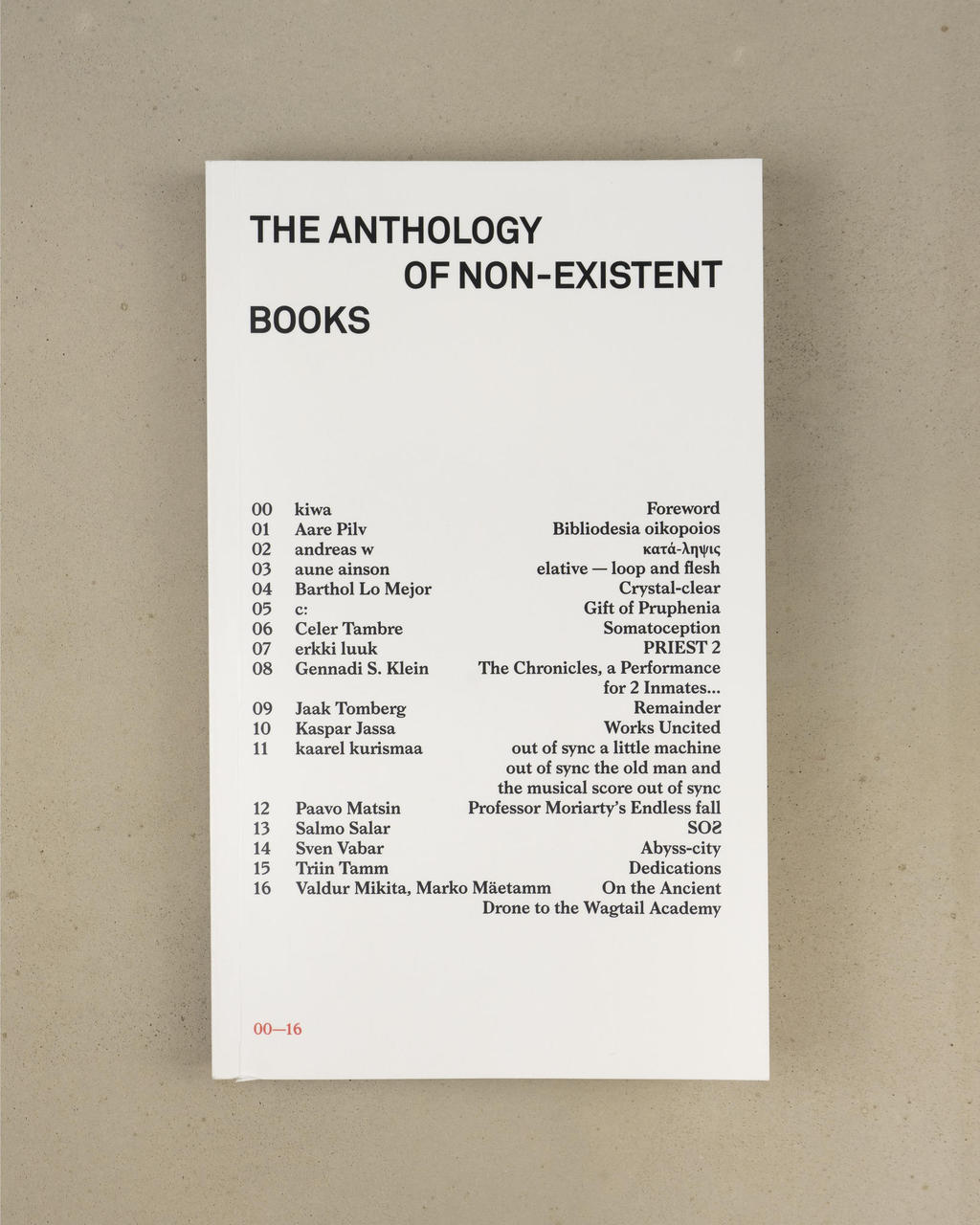 While fiction-in-fiction as a literary technique is totally dependent on the context, this book skips over the frame story phase with a technical solution: the context for the non-existent books is the real world, instead of books.

"The Anthology of Non-Existent Books" follows the Borgesian economy that compressed information is an energy cluster. The hunger for meaning, and the predisposition to believing in the possibility of hacking the concealing method and the description's rationality, is powerful enough to create an active field of meaning, and that way the texts start to circulate as if proving their factual basis, of which the field of significance feeds on and develops further. As a mind experiment, this positive feedback loop does not only show the predispositioned factors in the creation of meaning, but avails some parts of the way in which people hunger for, construct and validate meaning, and fear the meanings disappearing, also how the created field of meaning structures hallucinating groups

"The Anthology" consists of seventeen original h booklets by eighteen different authors, approaching from their own angle the endlessly variable motive of non-existent books. In its caleidoscopic framework the compendium reaches the borders of experimental literary expression and poetic playgrounds.

The compiler of the book, Kiwa, resumes in his foreword the earlier existing history of non-existent books and Aare Pilv directs his attention to the house-manuscript of Wittgenstein. Valdur Mikita performs the flight-expeditions on the ancient drones, accompanied by Marko Mäetamm. Triin Tamm potters with the language of dedications without books and andreas w investigates what would come if we would leave everything unwritten. Sven Vabar and c: undertake psychogeographical expeditions to investigate the ways of being of prufenics and the hierarchies of vertical apparitions. The mapper of periferies and tention-zones, Aune Ainson, focuses her magnifying class on flesh and Barthol Lo Mejor shows how slang turns the book into non-existent one. Kaarel Kurismaa searches for the soul-life of miniature machines, Kaspar Jassa leafs through unused literature, Jaak Tomberg postulates a person who misses a book and the icon of Estonian progressive literature. The PhD. in Neurolinguistics, Erkki Luuk finally relieves what is uhvutiv klõps (vanishing click during taking a picture). The debutants released in the anthology are Celer Tambre, Salmo Salar and Gennadi S. Klein. Tambre views the non-existant body-imaginations and Salmo Salar notifies that everyday drama shouldn’t lack palindromes. Gennadi S. Klein shifts the basic parameters of psychosis.