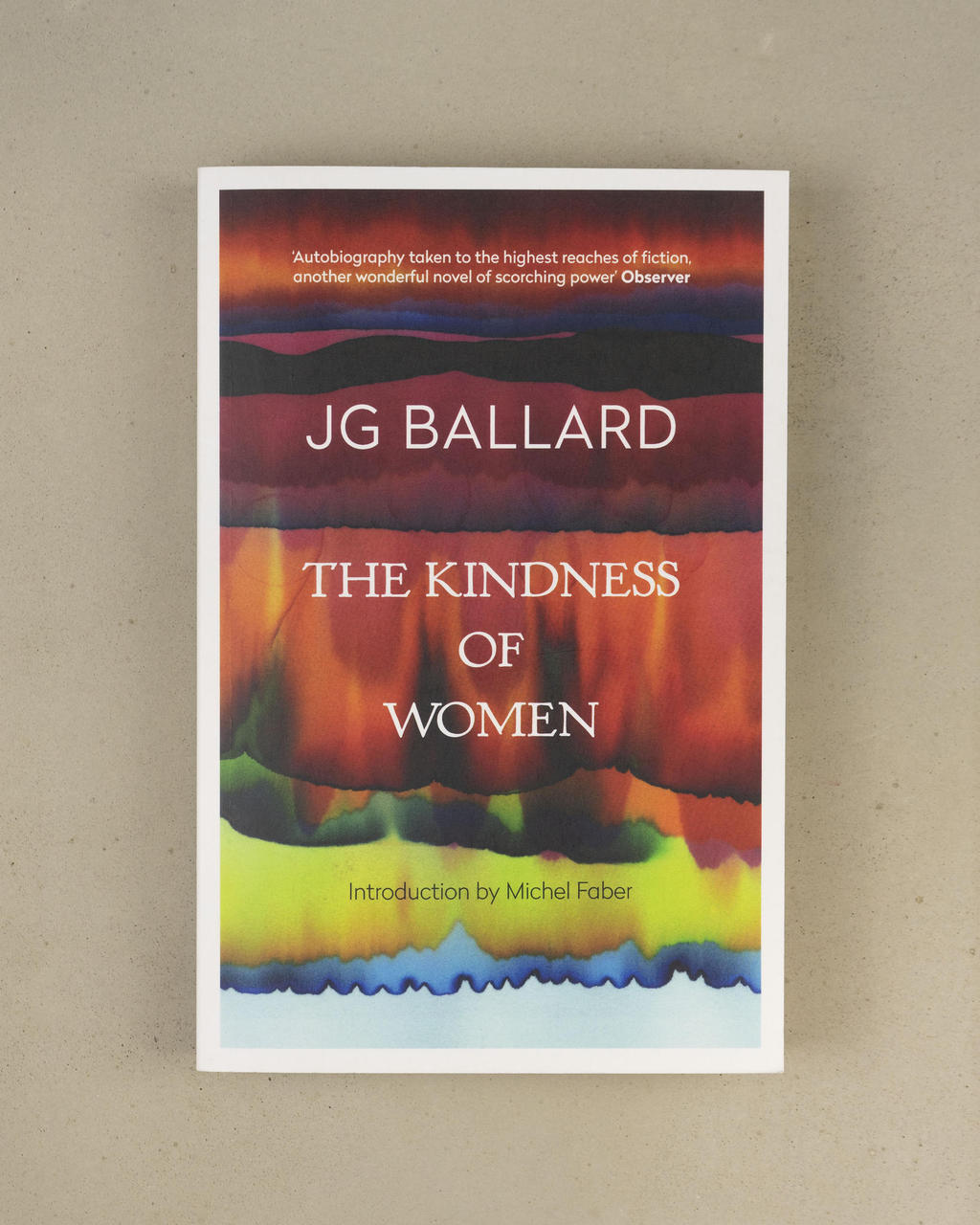 ‘This is autobiography taken to the highest reaches of fiction, another wonderful novel of scorching power, shot through with honesty and lyricism’ Observer

The Kindness of Women continues the story of Jim, the young boy whose experiences in Japanese-occupied Shanghai were described in Empire of the Sun. It follows his return to post-war England, setting his childhood in the context of a lifetime.

Jim tries, and fails, to find stability as a medical student at Cambridge, then as a trainee RAF pilot in Canada. Having finally settled into happy family life, his world is ripped apart by domestic tragedy. He plunges into the maelstrom of the 1960s, an instigator and subject of every aspect of cultural, social and sexual revolution.

We follow, in all this, the progress of a bruised mind as it tries to make sense of the upheaval around it. Turning conspicuously, as in Empire of the Sun, to the events of his own life, Ballard makes of experience fiction that is frankly startling and, at its most tender, powerfully moving.

This edition is part of a new commemorative series of Ballard’s works, featuring introductions from a number of his admirers (including Ali Smith, Iain Sinclair, Martin Amis and Ned Beauman) and brand-new cover designs from the artist Stanley Donwood.