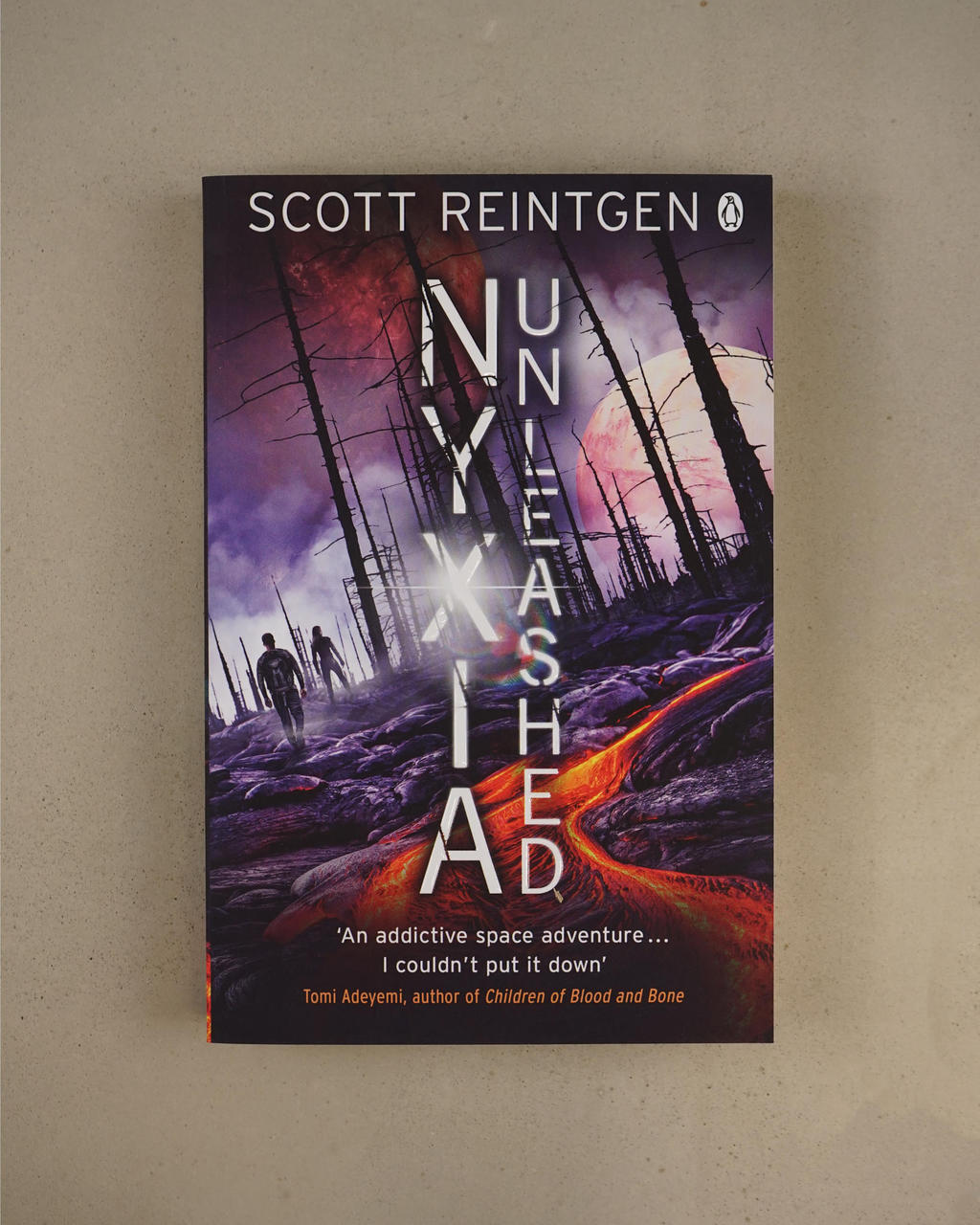 If you love The Hunger Games, Divergent, and I Am Number Four, then this is your next must-read series.

Emmett Atwater thought Babel's game sounded easy. Get points. Get paid. Go home. But it didn't take long for him to learn that Babel's competition was full of broken promises, none darker or more damaging than the final one.

Now Emmett and the rest of the Genesis survivors must rally and forge their own path through a dangerous new world. Their mission from Babel is simple: extract nyxia, the most valuable material in the universe, and win over the indigenous Adamite population.

But Emmett and the others quickly realize they are caught between two powerful forces - Babel and the Adamites - with clashing agendas.

Will the Genesis team make it out alive?
Paperback, 400 pages.