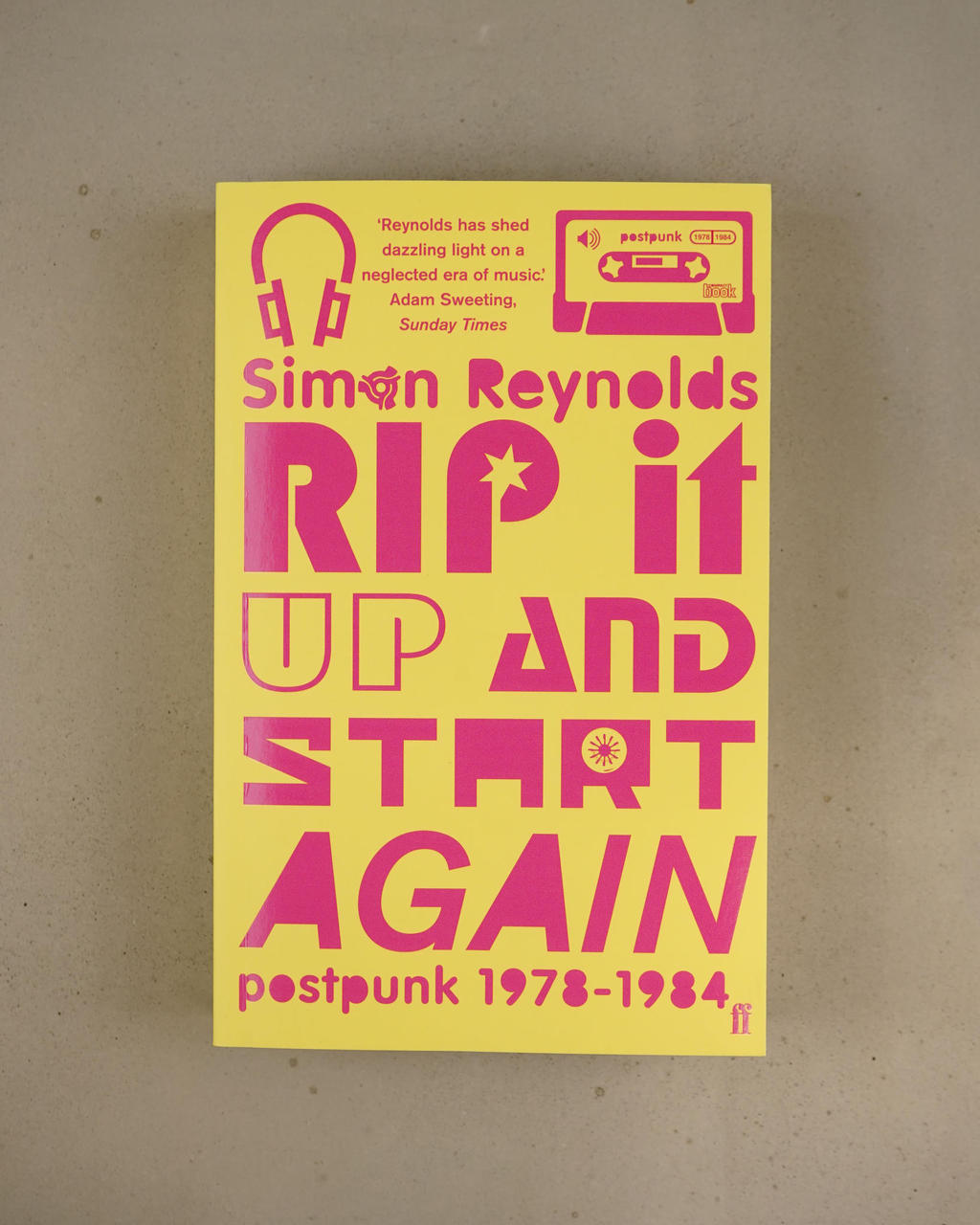 Rip It Up and Start Again is the first book to take a big-picture view of the wildly adventurous music created in the years after punk. Renowned music journalist Simon Reynolds celebrates the futurist spirit of such bands as Joy Division, Gang of Four, Talking Heads, and Devo, which resulted in endless innovations in music, lyrics, performance, and style and continued into the early eighties with the video-savvy synth-pop of groups such as Human League, Depeche Mode, and Soft Cell, whose success coincided with the rise of MTV. Full of insight and anecdote and populated by charismatic characters, Rip It Up re-creates the idealism, urgency, and excitement of one of the most important and challenging periods in the history of popular music.
Paperback, 608 pages.