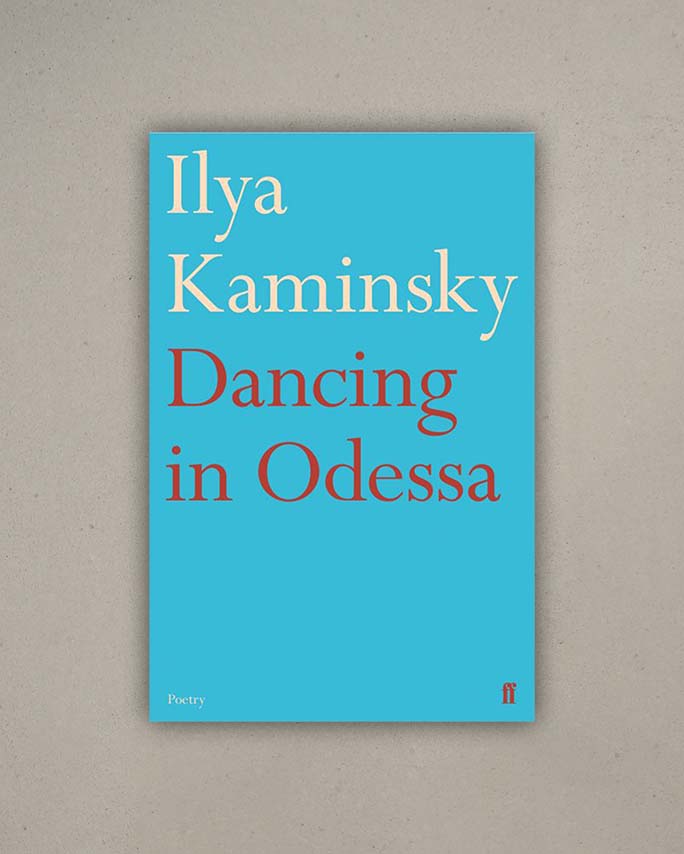 Described as ‘a rich, reverberative dance with memories of a haunted city’ (LA Times), the poems of the prize-winning debut Dancing in Odessa by Ilya Kaminsky, author of Deaf Republic, draw on archetype, myth and Russian literary figures. Tightly realised domestic settings are invigorated with a contemporary relevance, humour and torment, and a distinctive, transcendent music.

‘With his magical style in English, Kaminsky’s poems in Dancing in Odessa seem like a literary counterpart to Chagall in which laws of gravity have been suspended and colors reassigned, but only to make everyday reality that much more indelible. His imagination is so transformative that we respond with equal measures of grief and exhilaration.’ The American Academy of Arts and Letters